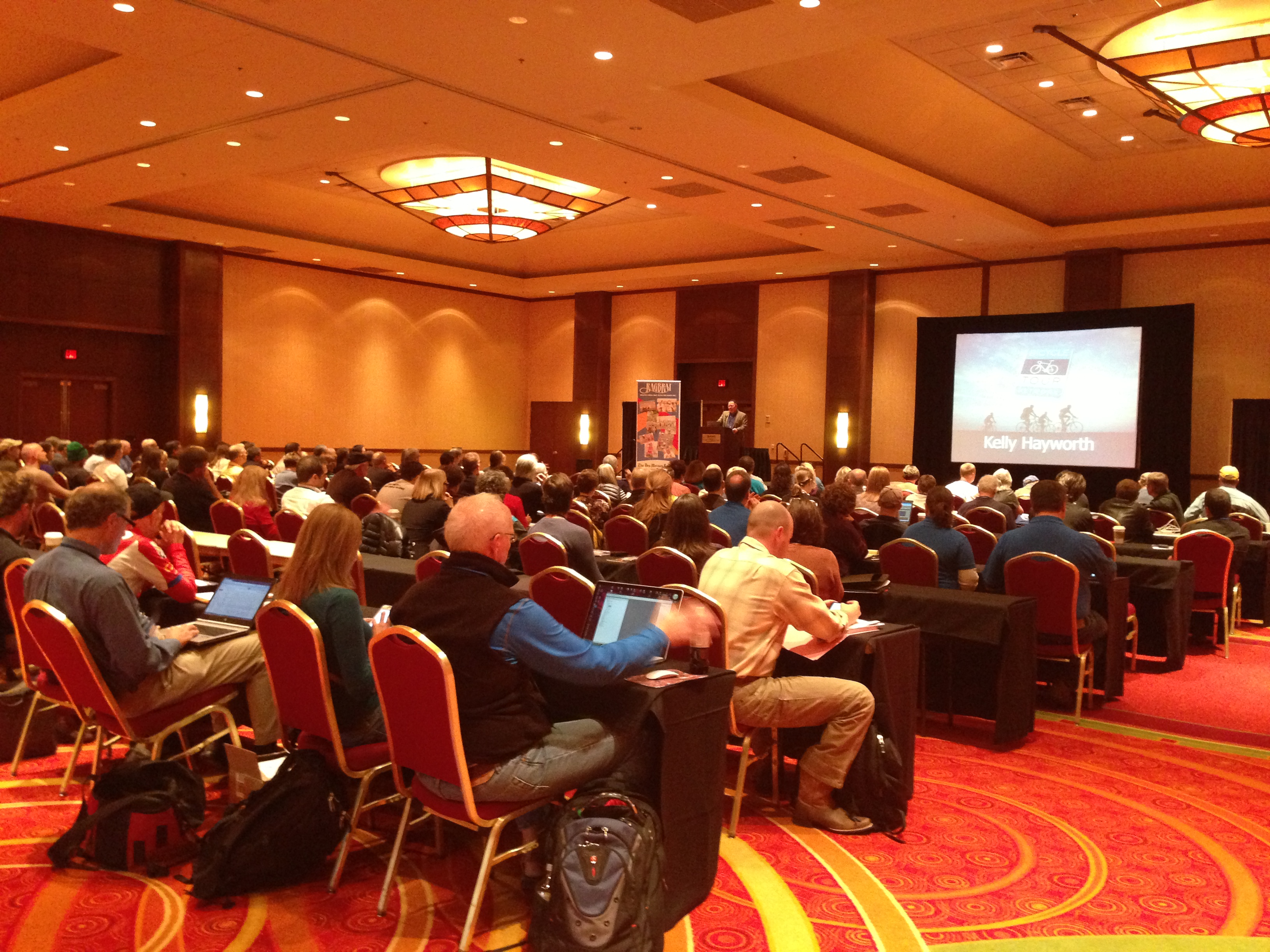 The second day of the 2013 National Bicycle Tourism Conference started early and ended late.  We had our official welcome from the organizers and recognized dignitaries from the local community who supported this conference.  We jumped into session 1, lunch, 2 more sessions, happy hour, and dinner in Iowa City.

I woke up at 6:45 in the morning to meet with Arlen Hall, the Tour Director of Adventure Cycling Association for breakfast.  We got to know each other and I found out a little bit of how he landed in the career as tour director for one of the biggest  bicycle touring non-profits in the world.  He told me that he was a former IT professional in his previous career.  It is comforting to know that there are other people out there who have been in similar professions and have moved on to a much more rewarding direction.  Debra and Michael from the previous night joined us for a conversation with Arlen before we had to break out to listen to the official conference introductions.

Mark Wyatt of the Iowa Bicycle Coalition introduced us to the Mayor of Coralville, Jim Fausett and the City Manager, Kelly Hayworth.  We were graciously welcomed by both dignitaries to this conference.  This was the first time all attendees met under one conference room.  I would say there were about 120+ attendees in the room.  When 10 AM came around, half of the attendees stayed and the other half went to another conference room to learn about cycling events.  I was part of the former group who stayed behind to listen to Russ and Laura of “The Path Less Pedaled” talk about bicycle tourism.  They were going over ways to inspire communities to embrace bicycle tourism.

Needless to say, I was excited to be an audience of their presentation.  Their presentation had 2 goals in mind: Inspire people to ride and have communities embrace cyclists.  They addressed the 3 questions about bicycle tourism. 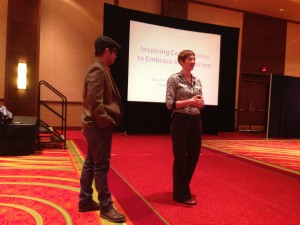 Bicycle tourism utilizes pre-existing assets, such as state parks, high school fields, or other well-established locations that already exists.  This means that bicycle tourism does not require additional investments on infrastructure to house bicycle tourists.

Having a bicycle tourism boom will in turn produce more bicycle advocates.  This is a good thing in general as it enables unlikely champions and supporters for a bicycle-friendly community.  After one becomes a bicycle tourist, he/she will become invested in it as it becomes more of a personal issue.

What kind of bicycle tours?

Here are the types of bicycle tours:

Who are bicycle tourists?

Bicycle tourists can be anybody from all walks of life.  Interestingly enough, 52% of the attendees of the conference made more than $100K a year and 10% made over $200K a year.  The important thing to remember is that bicycle tourists become your natural allies, but don’t forget that allies can come from the people who are seeing economic benefits when cyclists pass by their community.

After lunch, we broke out to a few discussion sessions in which I decided to listen to Chuck Offenberger share his story of how the Raccoon River Valley Trail was created.  This is an impressive set of trails that span 89 miles of paved trail in central Iowa joining 3 counties and 14 communities.  This looks like an amazing set of trails that I intend on riding.  It’s probably not going to happen during this stay, but I will be back to check it out first-hand later on in life. 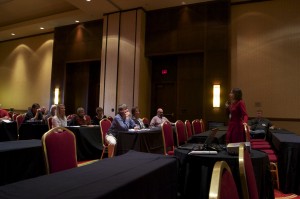 The next session in the bicycle tourism path was by Beth Noble of Texas Mountain Trail, who gave her presentation as to why our next destination should be West Texas.  I was already sold on this idea when Russ and Laura visited this region 3 years ago when they cycled across the country.  Beth’s presentation was just the icing on the cake.  I’m definitely going to bike through this area on our cross-country trip.  Hopefully, I can reach out to Beth for help when the time comes.  She reminded me to make arrangements ahead of time…we’re talking about 6 months ahead.

The last session of the day was presented by Andrea Chase who works for the Iowa Natural Heritage Foundation.  Andrea gave a very convincing argument that Iowa is the World’s Capital of Trails.  I feel that it rides on the principle of Napoleon Hill’s book, “Think and Grow Rich.”  You must think and believe that something is the fact, and it will become a fact as you will naturally work towards that reality.  It is hard to argue that Iowa isn’t the World’s Capital of Trails with 750 miles of trail.  We find out that her designation has come to fruition when people and politicians are using this to promote Iowa now.  I am going to tell people this when I get back to California.

Conference attendees please feel free to comment or make corrections.  I would love to hear from you.