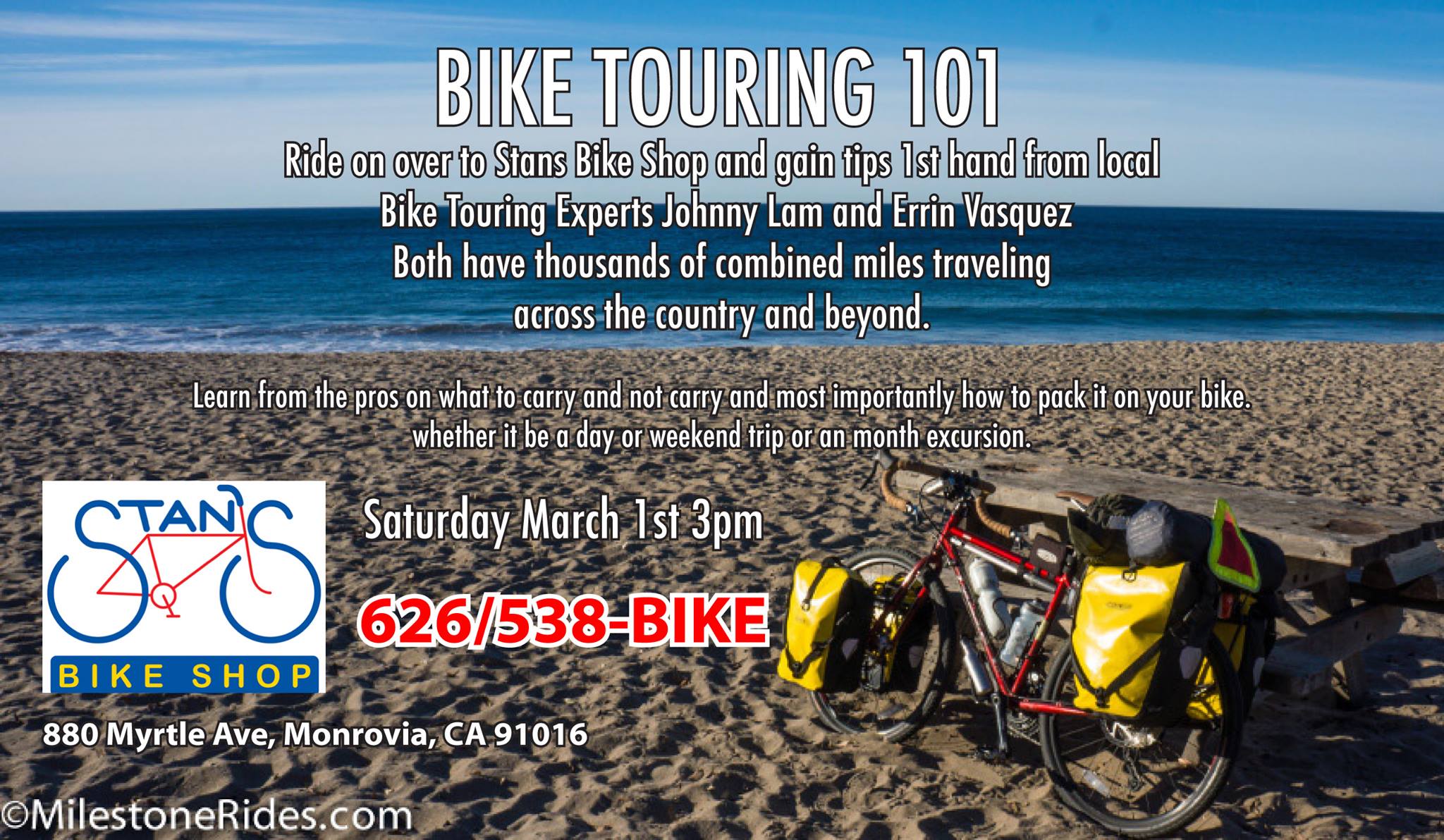 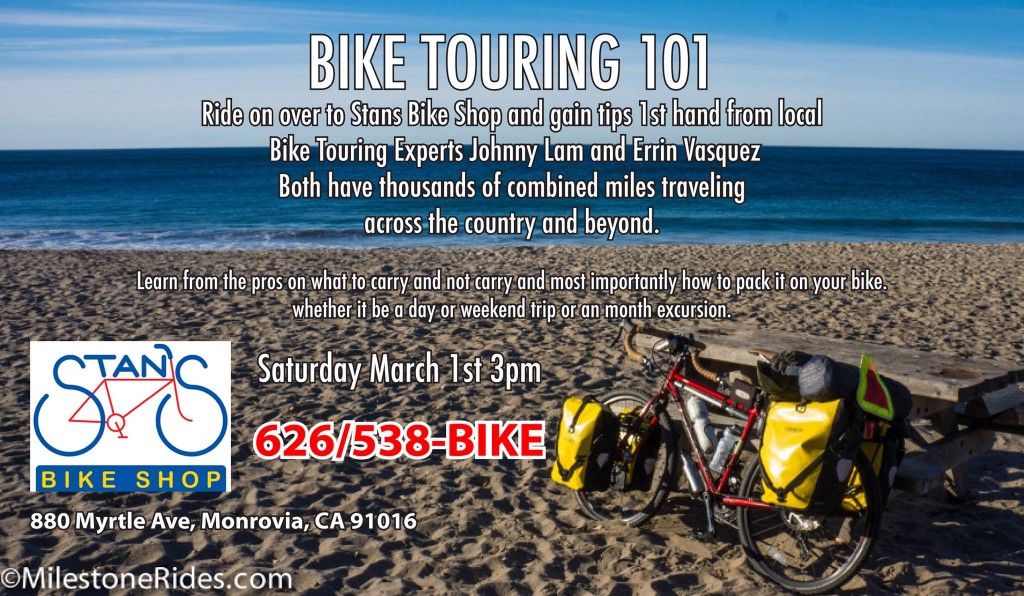 Come join me and Errin Vasquez of the Frontage Roads blog at Stan’s Bike Shop in Monrovia, California for a brief Bike Touring 101 information session on March 1st at 3PM.  Errin, whom I’ve rode with a few weeks ago through the Verdugo Mountains, knows the owner of the bike shop.  He was looking for a general overview of bicycle traveling for his shop’s patrons and since Errin’s bicycle setup was for bike packing, Errin thoughtfully asked if I wanted to speak on bike touring.  My answer was, “Hell, yes!” 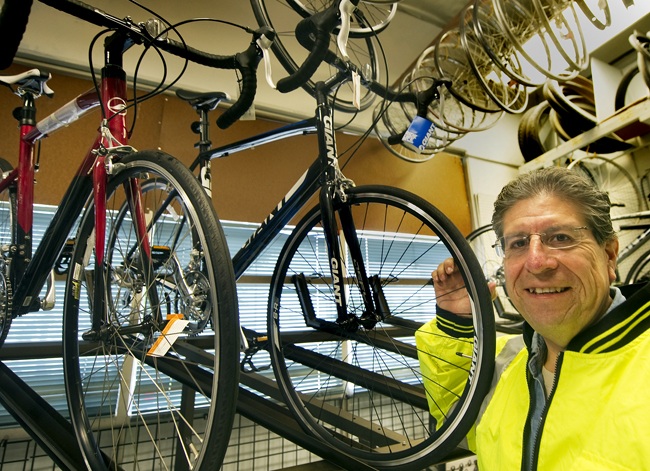 Carlos Morales in his new bicycle shop, Stan’s Bike Shop at 880 Myrtle Avenue Friday, November 30, 2012. Morales lost more than 200 pounds on his bicycle. He founded the Eastside Bike Club in Alhambra and Monterey Park to share his love of cycling and to maintain the healthy lifestyle. Now, he’s taken over a popular Monrovia bike shop, and is ready to open up Stan’s Bike Shop located at 880 Myrtle Avenue this weekend and to fulfill his dream of owning his own bike store.(SGVN/Photo by Walt Mancini/SXCity)

This shop was purchased by a gentleman named Carlos Morales on November 30, 2012.  I actually know Carlos from the few times we went on social rides in the past few years.  He was very active in the LA bike scene as he was the founder of the Eastside Bike Club based out of Alhambra and Monterey Park but was missing in action for a while.  His bike shop is located in Old Town Monrovia and hosts many different social and training rides during the week.  Carlos’ story is one filled with inspiration as far back 2008, he was told by his doctor that he was going to die unless he lost some weight.  He was plagued sleep apnea and high blood pressure, weighing about 400 pounds. He was taking a buffet of pills in order to stay alive.  As soon as he heard the grim news, he started riding his bike, and watched his weight drop 200 pounds.  He is now completely off his medications and continues to commute from El Sereno to Monrovia every day.  I take my hat off to Carlos for what he’s done to promote bicycling in the community and for his desire to make a difference in the lives of people while improving his own life.

We will highlight the high-level aspects of bike touring and bike packing.  I’ll be talking about bike touring and showing my Salsa Vaya and Errin is going to go over bike packing, which is the off-road version of a bike tour but with frame bags instead of panniers.  We’ll be talking about what we bring on our trips and how we pack and prepare for our tours.  I’m very excited and nervous at the same time as I am being introduced as a guru on the subject.  I would have to humbly disagree on that designation as I  feel I haven’t put in the miles like other folks out there have.  People I’ve been reading about on blogs or met in person have definitely had more experience.  Since this is a general overview and I have had experience  touring, I am happy to put my 2 cents in and share what I’ve learned.  Just don’t call me a guru or an expert yet.  I still have a way to go.

Join Us in Person

If you’re anywhere near Monrovia, California on March 1st at 3PM, stop by the shop and meet us.  I would love the support and if you’re interested in bike touring, I hope you find the event helpful.  Here are the details for your convenience.

I was told that we may have some prizes to giveaway as well so come and show your support or learn a little more about bike touring or bike packing.