2 More Entrances Into The Verdugos

04 Jan 2 More Entrances Into The Verdugos

In my last post, we had the pleasure of going up the Verdugo Mountain range for the very first time with Russ and Laura of The Path Less Pedaled.  We were told that there are several ways to get up there besides using the La Tuna trailhead by the Hostetter Fire Road.  A quick look on Google Maps showed that there may be two other openings on the southwest side of the mountain range near my house on the Chandler Fire Road and through Stough Canyon Nature Center.  I took it upon myself to find these 2 entrances on New Year’s Eve morning.

I set out at 9 am by myself as I rode up Hollywood Way off of Glenoaks Blvd.  I found myself on the granny gear sooner than expected as the grade of the hill pointed up quickly.  I had to take a water break when Hollywood Way turned into Lanark Street.  My next turn was to make a right on Edmore Place, but I didn’t pay attention and overshot the street by a few blocks downhill.  I turned right back around and forced myself to climb the steep ascent back to Edmore Place.

Edmore Place was also unforgiving as the street seemed to get steeper than Hollywood Way / Lanark Street.  I eventually made it to the top and thankfully found the entrance to the Chandler Fire Road.  The road was closed to motorized vehicle traffic, but it was opened to bicycling and hiking.  I saw a party of hikers with their dog heading up and down the dirt road. 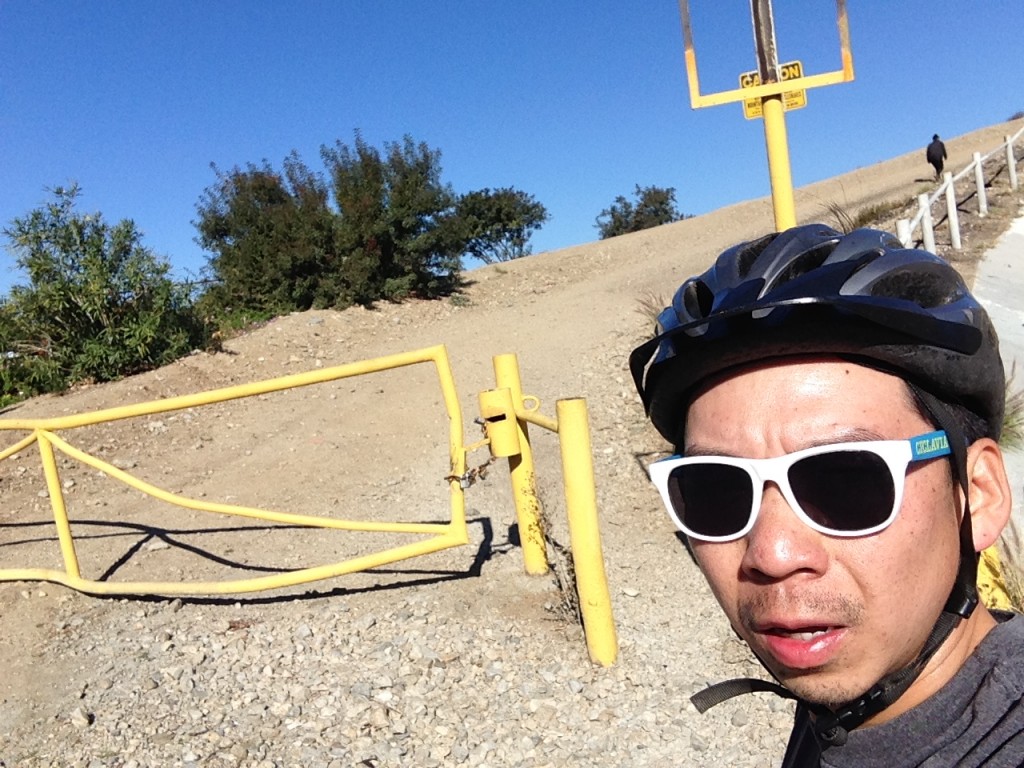 Entrance to the Chandler Fire Road.

The road consisted of very loose dirt, and it was also very steep.  That combination made it impossible for me to get on my bike and begin my spin up.  I was relegated to walk up the trail until I found a flat area to mount my bicycle.  There were several spots where I had to do this along the ascent.  A rather annoying ordeal, but I had to err on the side of safety.

I would have to say that this is what I would call the “No B.S.” ride up the Verdugos.  There aren’t any friendly switchbacks or flattening out for you to coast until you make it up to the top of the mountain.  I struggled more than I had from the previous ride, but I eventually found the plateau and was reminded of why I made my way up here… the beautiful 360 degrees view of the city. 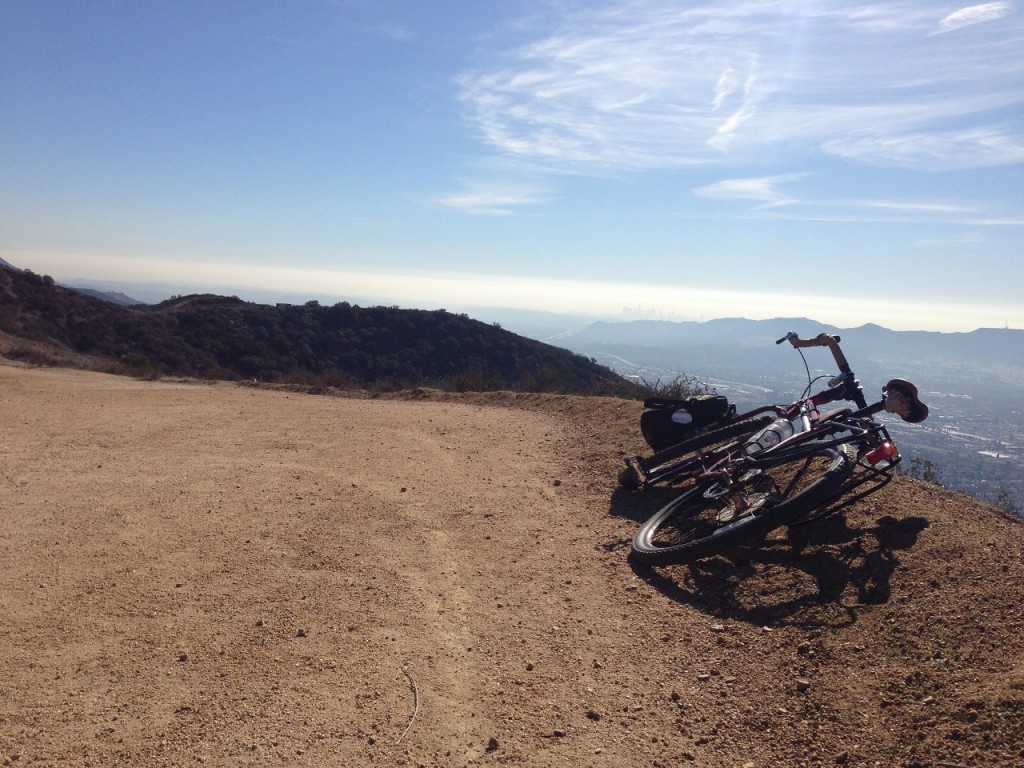 Salsa Vaya on top of the Verdugos

I eventually rode the entire Chandler Fire Road until I encountered a fork in the road.  I had the option to continue on to the Verdugo Motorway, which would have taken me to the route from our previous post, or take the other road, pointing south towards Stough Canyon Nature Center.  After a few minutes of hydration, nose blowing, and Instagram updates, I decided to start my descent down to Stough Canyon Nature Center.  I was reminded again to be careful as parts of the descent were on very loose sand.  I finally saw my first mountain biker on the trail.  He was making his way up.

I finally arrived at the Stough Canyon Nature Center parking lot, which was completely occupied by soccer moms and their toddlers learning about nature.  My body was rewarded with a smooth and effortless descent down Stough Canyon Avenue, which eventually turned into East Walnut Avenue.  I found myself in the middle of downtown Burbank, starved and ready for lunch.  My adventure was fruitful as I found two more entrances into the Verdugo Mountains on this day. 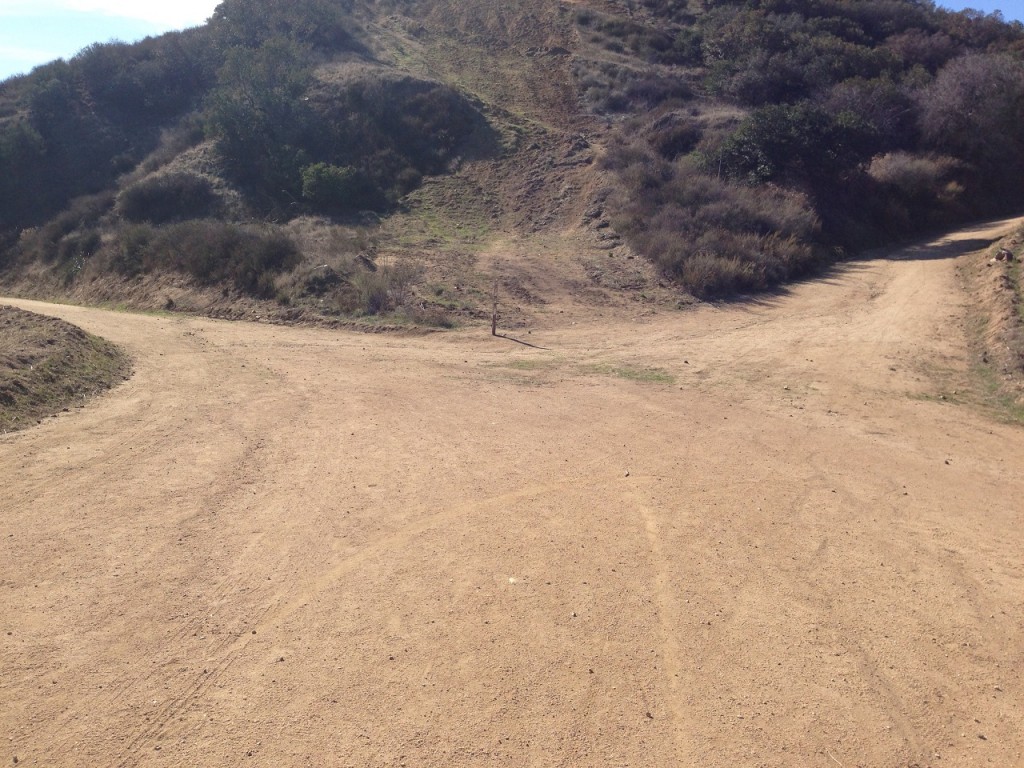